Guadalajara is an amazing place if you really want to experience modern Mexico, a little less touristy, a bit more authentic. Here are some events taking place in Guadalajara weekly, where you´ll barely find any tourists.

This staged wrestling fight is Mexico’s national sport and they love it! Although wrestling is not for everyone (and I definitely wouldn´t consider myself a wrestling fan!), it´s a must-see when in Mexico. The atmosphere is unique and even after the spectacle people will keep dancing and celebrating in front of the “Coliseo”, where the fights take place. 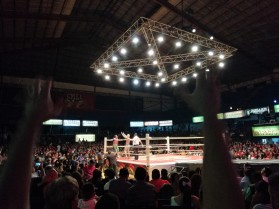 The entrance fee is about 5€ with free choice of seats. You can easily do it without a tourist company. Just go to the “Coliseo” and buy your ticket there. While Tuesdays are for everyone, Sunday spectacles are dedicated to families and a little less brutal. Be prepared to get involved into the show if you choose a seat in the first row!

This is a street food market taking place once in a week in “Parque Escaleno”, where you’ll find the most traditional mexican food, barely tourists and amazing prices!

Every Monday evening around 8pm there’s a free Salsa class on the green strip in Avenida Chapultepec more or less on the hight of bar “Banana’s”. After about 1,5h of class the free dancing starts.

They play Salsa, Bachata and sometimes Merenge or Banda. Participant’s skills range from beginners to pro, everybody is welcome to join!

Tip: Only for the class you should come with a partner. For the free dancing people mix randomly from song to song and as a girl you’ll be asked for sure. Btw. in Mexico they mostly dance Cuban style Salsa.

Even if you don’t know how to dance, I think it’s worth coming to watch. And if you want you can still give it a try. As a girl you really don’t need to know much if the guy leads you.

Twice a month there’s quite a similar thing like the Salsa Night in Chapultepec in the streets of Tlaquepaque. Just join and enjoy the truly latin atmosphere with a lot of music, dance and laughers.

Translated this means “VIP cinema” and you might ask now “Why would I go to the cinema if I have the chance to explore a new city? I can watch a movie anytime!”. (If you indeed asked yourself that question: Thank you, you´re the kind of reader I´m trying to attract!)

But anyway, this is something different you won´t find in Europe, especially not for that price! For about 7€ you see a movie on an adjustable chair with waiters coming for you bringing you all kinds of food to your foldable table!

Although, after trying to eat Sushi in the dark while paying attention to the movie and staying awake in this incredibly comfortable chair after a long day, I do understand why we don´t have this kind of cinema in Europe, it´s definitely an experience!

In Mexico cinemas are often located in or next to shopping malls. VIP cinemas in Guadalajara are for example in the malls “Andares”, “Galerías” and “Gran Plaza”.

Tip: If you want to see a new or popular movie you need to reserve. The VIP cinemas are relatively small and it´s booked out very fast. There are double and single chairs but (if you don´t anyways go alone with your date) I think it´s more fun to go with an even number of people so that nobody has to sit alone. 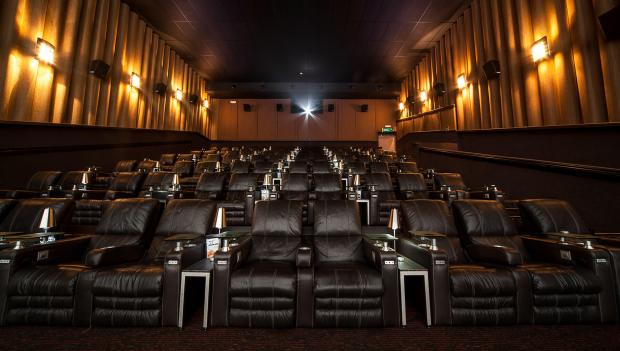 Every Sunday the neighbourhood of Tonalá, one of the poorer parts of Guadalajara, gets a huge handcrafts market. You can get the cheapest, most beautiful handcrafts there or you just come, enjoy the atmosphere and eat some homemade streetfood.

Once a week quite some of the main streets in Guadalajara are occupied by bikes from 8am until about 2pm. They completely lock those streets for cars and in my opinion it’s an amazing way to discover the city! As Guadalajara is so huge and you basically go everywhere by bus or Uber, when I did the biking it was actually the first time I started orienting myself there.

You can rent your bike at one of the many rental companies on the way for about 10€ or find an oficial bike stand of the municipality. There you need to return the bikes before 2pm and they are not in the best condition, but for free.

I’d recommend starting in Zapopan (a municipality in the Metropolitan area of Guadalajara) relatively close to the boarder with Guadalajara and then drive all the way to the center of Guadalajara. Don’t underestimate the distances though!

Ok, this one is for girls. Lola Lolita is a normal night club most of the time. On Wednesdays and Saturdays from about 11pm it gets a bit more than that for about 1h…
They have a strip show, type “Magic Mike”, inside! For 200 Pesos (~10€) you’ll get 3 liters of long-drinks, the entrance to the show and many free shots during the performance.
You have to give them your phone outside so you cannot take videos to protect the strippers.

Guys are locked out to the “bar part” of Lola until the show inside is over. They can only enter blindly guided by an employee to go to the toilet. Girls inside are frequently motivated to make their walk a little “more interesting” and touch the blind guys on their way.

The show itself takes place inside the club on a round stage and for every act they would select one girl to go up there and well… be part of the performance. (No skills needed for that, just make sure not to wear a skirt if you want to go up. You’ll see why ;-).) And don’t worry, they only select among the ones who really want. And there are MANY girls who do :-D.

I think this is a perfect illustration of the Mexican, let’s say, more unconcealed sexuality and because you cannot find that kind of show in Europe, at least not for that price, I’d definitely recommend going there once. Take your best (female) friends and spare your voice, you’ll need it.

Tip: The show starts around 11pm, so make sure to be there early enough. The line gets really long otherwise. An option for guys would be to come later or stay outside in the bar section until the show is over, but because guys also have to pay entrance and don´t get the same amount of drinks, Lola Lolita is a pretty pricy option in comparison.

Photo by Sarthak Navjivan on Unsplash

Did you go to any of the events? Let me know in the comments or send a mail! I´d love to know what you thought about it!

I´m an Austria-born student and travelenthusiast.
I created this blog because I feel like there’s a lot of professional blogs out there who started to take money for what they do and a lot of people who use their blog as diary.
Both is not really useful if what you enjoy about blogs is the personal, honest advice they give while including helpful information.
I want my blog to be a long-term project I’ll keep working on and sharing my trips to change this!